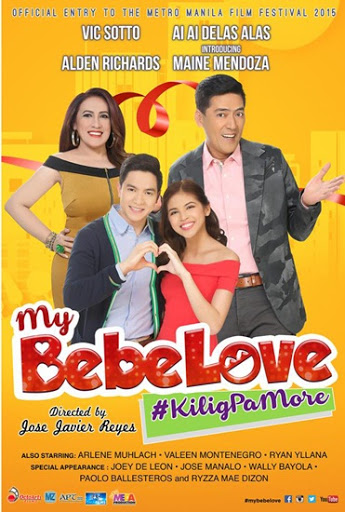 I was previously invited to the Blogger Conference for the MMFF film, My BebeLove, but I was not able to attend because of work and prior commitment. It would’ve been quite an experience as my little man was a big Vic Sotto fans and had seen a few of his MMFF films in the past. Of course, it would’ve been also nice to get first dibs on the film that stars 2 of the most sought-after endorsers and most-talked about celebrities in local showbiz today, Alden Richards and Maine Mendoza.

Anyways, I may not have been able to attend the blogcon, but here is a brief press release on what we can expect in the film.

What happens when the country’s comedy giants – the undisputed Philippine box-office king of comedy Vic Sotto and box-office queen Ai-Ai delas Alas, join forces with the newest record-breaking, phenomenal loveteam Aldub in one groundbreaking movie during the holiday season?

Expect waves of high-spirited excitement, heartwarming romance, wholesome fun,  and excellent Filipino values, to take the holiday season’s finest film festival by storm. Vic and Ai-Ai spearhead the fun topsy-turvy of characters as they are featured side by side Alden and Maine in the movie written by Jose Javier Reyes and Bibeth Orteza and directed by Jose Javier Reyes. 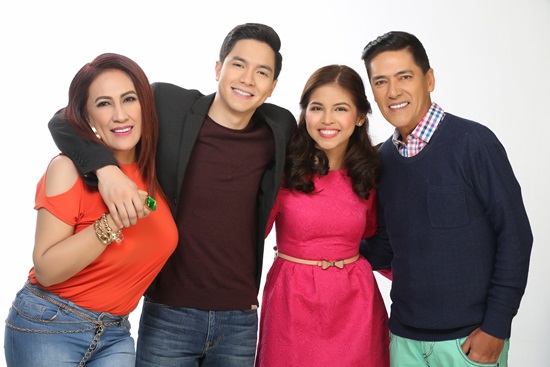 This early, festival observers are already predicting a surefire box-office reign for “My Bebe Love: Kilig Pa More!” which is jointly-offered by OctoArts Films, M-Zet Television Productions, Inc., APT Entertainment, GMA Films and Meda Production. While the country is being swept away by the record-breaking loveteam of Alden Richards and Maine “Yayadub” Mendoza, MMFF is poised to be another territory for conquest by the Aldub phenomenon. This is the duo’s most exciting film debut.

Vic Sotto plays the role of Vito who finds himself at odds and in a bitter professional rivalry with Cora, played by Ai-Ai. The two are both in the business of mounting special events and productions and have both made a successful name in the same profession. The conflict happens when their respective wards – Anna (played by Maine) daughter of Vito, gets romantically entangled with Cora’s beloved nephew Dondi (played by Alden). As expected, the “parents” actively reject the budding romantic involvement between the star-crossed lovers and willingly struck an unexpected truce to prevent this romance from happening.

The plot thickens when the unexpected alliance of the Vito and Cora starts blooming into something else. Now, it’s the turn of the youngsters to feel disconcerted with the idea of having their folks enter into a different relationship zone.  Now it was the turn of Dondi and Anna to react to the situation. They did not like the idea of his auntie and her father falling in love with each other.  Now it was the younger generation vehemently reacting to this new romance.

So where will all this end? What are the possible solutions and resolutions to bring closure and new beginnings to these young, exciting lovers? Catch the excitement, the love, the fun and romance when “My Bebe Love: Kilig Pa More!” starts showing on Christmas Day at the MMFF.

I am betting a lot of people, especially those who are huge fans of the Aldub love team will flock to the cinemas come Christmas day to see their favorites on the big screen. We plan to see this film, too, but we’d probably wait until next year so there will be less crowd and shorter queues.

Are you going to watch this film?

A new year is upon us and that means another … END_OF_DOCUMENT_TOKEN_TO_BE_REPLACED

Another chapter in our lives unfolds in the … END_OF_DOCUMENT_TOKEN_TO_BE_REPLACED