on water dragons + yet another weekend meet-up

This is my entry to the Week 23 of Techie She Weekly Giveaways. This week’s lucky blogger will win $10 Paypal credits from Borris of Snapshots as They Happen. 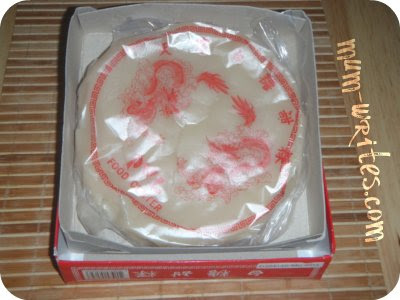 Last Saturday mum + the little man did an errand in Manila, I picked up the pillows I ordered from one of those Groupon sites, in Quezon City. Luckily my brother agreed to accompany us + later on agreed to bring home the pillows, when a local courier refused to ship them unless I put them in boxes! I cannot imagine carrying the little man + the huge bulk of pillows at the same time! 🙁

After our errands, we head off to Trinoma to pass the time as we wait for 4pm. We will be meeting up with my friend, + Jared’s ninang, Jack, at The Block that afternoon.  It has been awhile since we last saw each other, so I was glad she agreed that we meet. She was not able to come to our previous meet ups + the little man has not seen her since his baptism.

We first head off to the food court for a late lunch. I have been craving for World Chicken for sometime now so I made a beeline to their counter + ordered chicken/pasta/mash potato combo! Talk of carbo overload! Fortunately, the little man also liked the combination I ordered + sampled all the treats. In the end, he decided to stick with chicken. Probably loving its taste + the taragon sauce that goes with it.

Although I failed to hit the bookstore this time around, I managed to buy myself a yellow shirt from Bench. It was really doubly hard to shop around with the little man in tow, see. He wants to head the other direction when I want to head straight. Luckily, he managed to stay put whilst I try the shirt on. He also tried on a number of sunglasses on our way to the counter. I saw this interesting aviator shades with light blue rims + I might just get that the next time I visit.

After our short shopping spree at Trinoma, I got a text from Jack saying she’s now at The Block, so I gathered the little man in my arms, sometimes letting him walk, too so he won’t struggle much. On our way there, we passed by the lovely Chinese decorations at the restaurants in SM. They have turned this short strip into a little Chinatown in celebration of the Chinese New Year + to welcome the Water Dragon. Too bad, I was not able to pack the camera {my mailman bag is full to the brim with baby things, there is hardly enough room for it!} + failed to take snapshots of the little man in this so-Chinese surrounding.

I got so inspired with the displays + all that I had to get myself a box of tikoy {in photo}. Back in the days, we’d have loads of tikoy from Papa’s clients + customers + Mama would cook them for our afternoon mirienda {snacks}. I kind of missed those days + it has really been awhile since I ate tikoy, so I chose one + paid for it before heading to where I’m meeting my friend.

Soon enough, we met up with Jackie. We found this little cozy shop that sells taho + sampled a big cup. I have missed eating taho + I finished mine in no time. It was great catching up with my old friend, although nothing much has changed + she did not have much to say. A woman of few words, my friend is!

The little man was a tad shy since he thought he was seeing her for the first time, but warmed up to his ninang in no time. He also gladly accepts the gift she gave her + opened it excitedly! Check out his gift here.

+ as the little man is having a great time playing, my friend + I caught up on what’s the latest in our lives. We also talked about some of our other closest friends, + why she was not able to make it on our previous meet ups.

Time flies when one is having fun + before we know it, it is time to go home. Jack walked us to where the vans-for-hire are located at the other end of the mall.

I just wish I had the camera with me so I was able to take photos of the little man with his ninang. I vowed to bring a bigger bag next time so I will be sure to pack all the essentials. The only photo we had that afternoon was a photo of me + the little man standing in front of the Chipmunks, which Jack took using her mobile phone.

how to keep my son safe in times of dengue

A Razor’s Place in History