havin’ a blast with baby blast 03 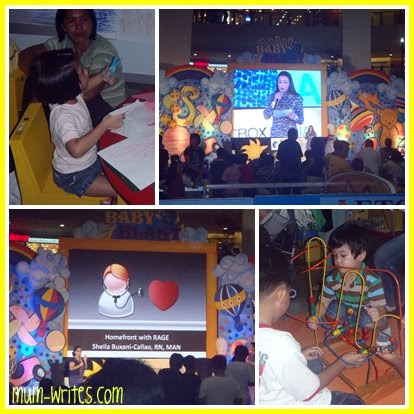 We had a wonderful Sunday afternoon last April 22, when we went to Baby Blast 3 at the Trinoma Activity Center. We came in a bit late at 1pm, + the place is bustling with all the activities by the time we made it past the registration booth. My little man immediately fell in love with one of the pre-school’s booth + made a beeline for their play mat. + guess who he found playing there? Jakie, one of my mummy blogger friend Olga’s tots, is busy playing with Lightning McQueen, Mater + the gang when Jared joined in. His older sister, Jade, on the other hand, is busy cutting colored papers + doing a coloring worksheet at a table nearby. We spent a considerably long time in that booth as Jared did not want to budge from the mat + from the stack of Cars characters he was too fond of. A lot of toddler + pre-schools participated in the event, + if I live anywhere near the city, I would’ve signed up for one of them. Equally interesting talks, book reading, contest, intermission numbers + other fun activities are presented in the stage. 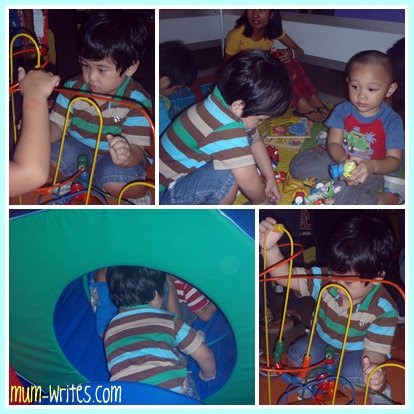 At last, I convinced him to get up + look around so we were able to explore the rest of the place. By this time, I have also bought a few back issues of Baby Magazine + a water bottle from the Ainon Baby booth, which I purchased to include in my Mother’s Day Giveaway {which should be posted real soon ;)}. We’ve also been to the Parentin.TV’s booth + the little man found another interesting toy to play with. He was occupied with this big maze puzzle for quite some time which left me with no choice but to hang just a few inches away so I can keep an eye on him while I check out the stalls nearby. We’ve managed to make it to the side of the stage by this time + I just witnessed an enthralling performance by the Velasco Brothers. 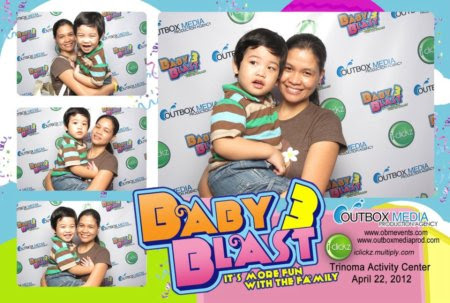 Meanwhile, a mini-slide nearby caught Jared’s attention + wanted to give it a go. He went a few times before I finally managed to snatch him up so we can have our photo taken at the Photobooth. By the time we’re done, thoughts about the slide are gone + we went on to explore other attractions available. I planned to have him tattooed with Lightning Mcqueen on the face, but the queue at the Face-painting booth   was impossibly long, I reconsidered + decided to bring the little man elsewhere. We found this make-shift play area just near the entrance + Jared went on to crawl, slide, jump + run around with a bunch of other little toddlers. His unwavering, boundless energy is contagious + he totally enjoys this part of our day!

I actually won a free Fluoride application for Jared during my early registration, but upon seeing how this was applied to little tots, I thought mine will really put up a big fuss + decided to give it to a friend instead. 😉

All in all, it was a Sunday afternoon well-spent + the look on my toddler’s face as he enjoys each + every stop we made is simply priceless. Looking forward to another Baby Blast next year. If you can, you may also read about our Baby Blast 2 experience + do not forget to follow the OBM Baby Blast Facebook Page for updates on upcoming events!

last image is from iclickz Photobooth