villar foundation celebrates the month of the ocean 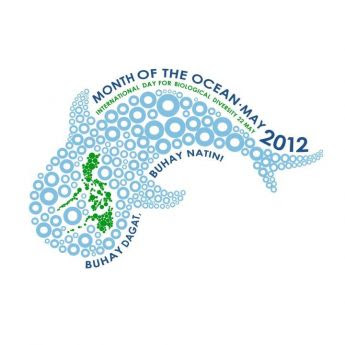 The Villar Foundation, helmed by Managing Director Cynthia Villar, joins this month’s Month of the Ocean celebration through an afternoon of renewed commitment in protecting + preserving the environment with a series of activities that allowed all participants to foster volunteerism + show their support to our Mother Nature. This year’s theme, Buhay Dagat, Buhay Natin, encompasses the many roles our coastline and oceans play in the development of societies + civilizations, as well as putting much stress on the need to protect + preserve these marine habitats, as well as the ecosystems + other creatures that dwell in them which are now slowly destroyed because of misuse, abuse + urbanization. 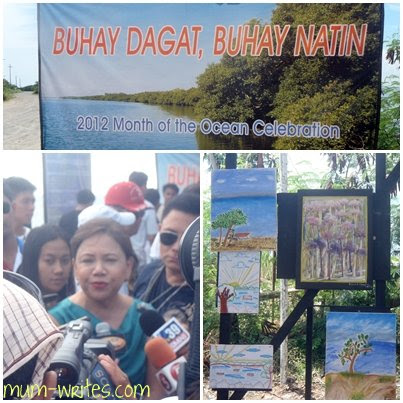 Mrs. Villar, who also gained much accolade in her works with The Las Piñas Sagip Ilog Program, + have since then turn wastes like coconut husks + waterlilies into livelihood projects that the jobless women of the city participated in {remember Divine from the tvc?}, proudly enthused in a later interview that a lot of people have continuously helped them in their cause to clean up the coastline in LPPCHEA, with volunteer groups, the church, + students from Las Piñas + nearby areas pitching in, too, + that the coastline has greatly improved since then. In fact, traces of seaweeds + other marine life forms are now beginning to thrive again in this part of the coastline, we even came across a fisherman carrying his haul for the day which is made up of alamangs {little shrimps} + talangka. These wares manong said will be sold to buy food for his table, some will also be cooked for the family’s dinner for that day. 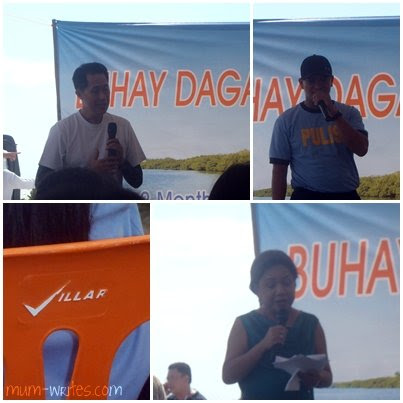 Joined by residents of nearby communities, fisherfolks, civic groups + organizations, including Wildbird Club of the Philippines headed by their President, Mike Lu, Save the Freedom Island Movement, Philippine Native Plant Conservation Society, Philippine Red Cross, Bikers Association of Las Piñas, as well as the Makati Police, worthwhile activities followed the very brief program held at the Las Piñas – Paranaque Critical Habitat and Ecotourism Area {LLPPCHEA}, a 175-hectare coastal lagoon just off the Manila Bay. This site is known for migratory birds + also serves as a base for local fishermen. Recenty, the Supreme Court issued a writ of kalikasan on the planned reclamation of the 635.14-hectare LPPCHEA. This is in response to Mrs. Cynthia Villar‘s filing of a petition that was signed by 315, 849 residents representing the residents of Las Piñas, Parañaque + Bacoor. 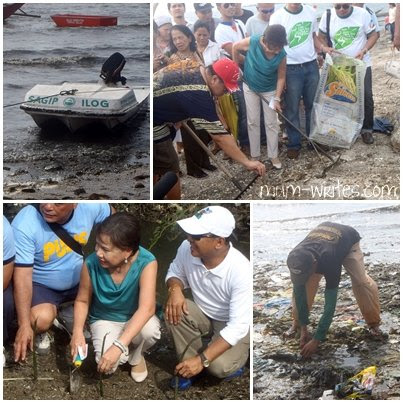 Attendees, including this mum, were treated to a series of eco-friendly activities including clean-up at the coastal area, mangrove planting, nature walk, kayaking + boating, sunset watch + star gazing {which I only hoped I had the luxury of time to participate in}, + my favorite, bird-watching! We have seen numerous bird specie including egrets + terns. I have failed to remember the names of the lot of them, but I hope to share more about bird-watching in my upcoming post. 🙂 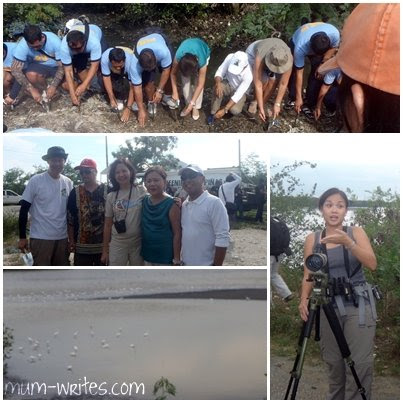 It is dreadful to find out that LPPCHEA is Nature’s last frontier in Metro Manila. It is comforting to know, though, that people like Mrs. Villar are fighting to protect + preserve it, along with the 28-hectare mangroves found in it, the migratory birds that take refuge in the calm water, + the thriving marine eco-system that is bound to give the fishermen their livelihood. It is also reassuring to know that the little man might just see this coastal line + swim in its waters someday. We ought to do our share to save this piece of paradise here on Earth, or whichever piece of nature we might have access to, we owe it to our children + their children.

For more information about their activities + advocacies, do visit the Villar Foundation Website.

What can you say about Villar Foundations’ worthy causes? Do let me know in a comment below 😉

gt:i am in love again