August 2, 2012 17 Comments
I find it really alarming to watch about the influx of fake licenses + car plates in our country in the evening news almost everyday.  It has been a constant problem + there has been a massive proliferation of late. Can you imagine that the Philippine National Police-Highway Patrol Group (HPG) confiscates an average of 300 fake driver’s license every month?  Carnapping rates have also escalated, with 547 incidence reported from January to June 2012 alone?  Having said that,  I simply wonder what measures the government is taking to solve this issue?
Considering the troubles, not to mention the time, effort, + money spent, that car owners + drivers go through to get authentic licenses + plates, it is really an injustice that any unscrupulous person can simply contact one of their cohorts + get a new fraudulent license or car plate that can very well pass for an authentic one. Scums of the earth has found faking plates + licenses a very lucrative craft but this is not where the problem ends. The entry of these  bogus car plates + licenses into our streets has also paved the way for other crimes to flourish. Take for example the carnapping or carjacking crimes which have perennially increased in numbers.
This  inundation has also made those who are otherwise unqualified for licenses capable of getting their accreditation + ultimately allowed to drive in our streets, with those who are legally cleared to do so,  thereby posing threats to pedestrians + motorists alike.  This has put everyone’s safety on the road in jeopardy + we’d all be agoraphobic in no time, opting, instead, to just stay at home at do our day-to-day living indoors.
This is, therefore, a call for the government to act on this problem now + fast before this compounds into even more problems. I know the police works hard + tirelessly run after these frauds, but, maybe they ought to exert more effort to expedite solving these crimes. Awareness drives + campaigns are also a must, as well as an encouragement + an invitation to the general public to be vigilant + steer clear of these perpetrators as much as they can. I know it will take a two-way traffic to resolve this predicament we are in, but I believe it all has to start with the government to impose stricter laws, + punishment + fines if need be,  to prevent these crimes from being committed in the first place.
I’d love to know your two-cents on this current issue, simply leave it in a comment below, right?
Continue Reading

ushering my favorite month of august! 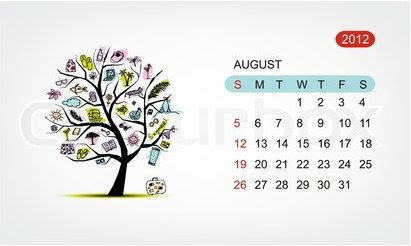 Here comes my favorite month again + I wonder were all the first 7 seven months went! For our dear loyal readers, you probably know why August is easily my favorite month of all, right? Apart from celebrating our birthdays {mum’s turning 33 + the little man is turning 3!}, I am also celebrating my second year in blogging + Jared’s Little Corner is also turning 2! Plus, I have just recently put up my very own food blog, mum eats! If those are not reason enough to be merry this rainy month, then I do not know what is! 😉

Anyway, I am cooking up something for all our dear readers, please stay tuned for it + bear with me for awhile. Things are a bit hectic on my end, + am still finding ways to get the time to write the giveaway post. I hope that it will be up on all 4 blogs by next week! 😉

Oh well, here’s to a fruitful month for all of us. Never you mind the inclement weather, let us all quell the gloomy days with our sunny disposition + with loads of smiles, shall we? 😀