3 capitals in one easy trip 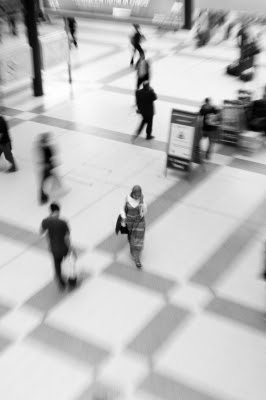 The great thing about traveling through Europe is that its compact geography and stellar transportation system make hopping across international borders seem as simple as crossing state lines. For this reason, you can make the most of your trip to Europe by planning a multi-city itinerary—even if you only have a week or so of vacation time. One of the easiest trips to plan is an itinerary that includes three must-see European capitals: London, Paris, and Brussels. Read this article for more information about the best way to get from city to city and the tourist attractions you won’t want to miss along the way.

Transportation Made Easy: Take the Train

Traveling from London to Paris, Brussels and back is a cinch when you take one of Europe’s high speed light rail trains. Trips to Paris from London, for example, only take two and a half hours, while the link from Paris to Brussels is even shorter—an hour and a half. If you want to book your round-trip flight from London, getting back from Brussels is not a problem: the return trip from Brussels to London is only two hours. Generally speaking, trains do not have to be booked in advance, which means you’ll have some flexibility if you decide you want to linger in one city a little longer or head on to the next sooner than you had originally planned.

What to See and Do: Best of London, Paris, and Brussels

There are some undisputed landmarks you have to see on your European tour: London’s Buckingham Palace, Tower Bridge, Westminster Abbey, and the Houses of Parliament and Big Ben; Paris’ Eiffel Tower, Notre Dame Cathedral, the Louvre, and the Palaces of Versailles; Brussels’ Grand-Place, Atonium, Mini Europe, and Chocolate Musuem. But make some time to visit some of the latest attractions, too. Swap your ride on the London Eye for one on the brand new Thames Cable Car for a bird’s eye view of the city. In Paris, check out the city’s newest architectural landmark along the banks of the Seine: Les Docks, Cité de la Mode et du Design, which is home to galleries, shops, cafes, a rooftop nightclub, and the national fashion institute. If you’re looking to blend the old with the new in Paris, check out the latest renovations in the Musée d’Orsay or Palais de Toyko.

You certainly won’t go hungry on your tour of these three European capitals. You’ll want to try the staple Paris wine, cheeses, and pastries and London’s multi-national cuisine, but if you’re traveling over the next few months, perhaps the highlight of your culinary tour will be Brussels, which is currently hosting a year-long celebration of food known as Brusselicious 2012. You can reserve a seat on the “Tram Experience” which combines a tour of Brussels with some fine dining, or simply sample the cuisine from one of the specialty seasonal menus set for the culinary celebration.