“It’s almost Christmas, what to do if I lose my job?” 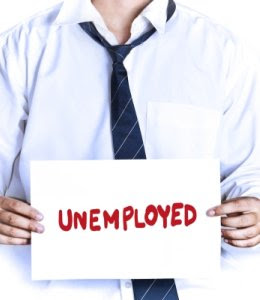 I bet these are the exact same thoughts that run though the troubled minds of about 300 Steel Corporation of the Philippines {SCP} employees who are now facing the imminent danger of losing their jobs after the Batangas Regional Trial Court Branch 3 issued an order for the company to undergo liquidation proceedings.

This same court decision fueled the adamant employees to protest what they see as a clear violation of the Labor Code of the Philippines.

In addition, the SCP employees stressed that the rehabilitation court disregarded what the Court of Appeals and Supreme Court earlier ordered that there are still pending cases filed by the group in connection with the issue.

According to more than 50 SCP workers who recently trooped to the Batangas Hall of Justice, they fear of losing their jobs, especially now that the Christmas season is approaching, due to the alleged lack of knowledge by RTC Branch-3 Judge Ruben Galvez about the real state of their company.

“Magkano ang perang involved Judge?!” (How much money is involved Judge?!), the angry employees harangued in front of Batangas City Hall of Justice as they asked Judge Galvez to inhibit from the case. The legal counsel of SCP has already filed a Motion to Intervene with Motion to Suspend Execution of the Order of Liquidation.

The implementation of the liquidation proceedings can be considered a court blunder without the issuance of a 30-day prior notice to the employees for work stoppage as stated in the Labor Code, confided Atty. Herman Nicdao.

“As I stressed earlier, the SCP was in full operation prior to the issuance of the liquidation proceedings. There is no reason to cease operation. So under the law, a 30-day prior notice is required before an employee may be terminated,” he added.

According to him, more than 300 employees of SCP will also not be able receive their wages once the order is implemented.  He then called on Judge Galvez to resolve the dispute as soon as possible for the sake of the families of SCP employees.

Until now, Nicdao maintained that the workforce of SCP is not yet formally informed of the reasons why their company will cease operation.

While there are ongoing debate by the counsels from both parties, it was noted that BDO has yet to give an assurance that employees of SCP will be absorbed once they take over the company.

Moreover, Atty. Ferdinand Topacio, another counsel for SCP, shared that it is indicated in the corporation code that in cases of liquidation proceedings, the baseline of loans and credits should be made clear to every stake holders. He also hopes that justice will be served not only for the interest of SCP but also for the welfare of its 300 employees who are in peril of losing a source of living.

It was revealed that court-appointed receiver Atty. Norma Singson De Leon recently issued a report that SCP is no longer operating rather it was placed under “maintained” and “padlocked” status.  This was then followed by the issuance of the liquidation order from Galvez.

The danger of losing one’s job, especially in this time of year, is something none of us wants to experience. I personally do not want to be part of the growing statistics. Also, I cannot imagine what I’d do if I were to lose a job and my family depended on my income for our day-to-day expenses. I hope that SCP officials will fight their case to protect their employees, as well as their company. I hope, too, that all those who are concerned will do their best to uphold the rulings of the court and be sure that justice will be served where it is due.