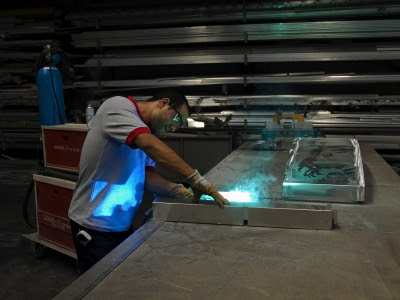 If you’ve been a loyal reader of my blog, I guess you’d know by now that I try to shun political or government topics as much as I can. These issues, together with topics on religion, can involve never-ending arguments and can also spark an assortment of reactions. Of course, on occasions, I break my own rule, especially if there is one particular issue or topic that piques my interest.

I am all for supporting Filipino companies and corporation, whatever industry that might be, if only they can provide quality local employment to our countrymen. I am sure that this is also the thrust of our local government.  After all, more local jobs would mean more happy constituents and improved over-all quality of life.

However, the government is once again put in a bad light, even in the midst of its aggressive campaign to attract investors to the Philippines and  after initiating various reforms to fight red tape and corruption in the bureaucracy, and all for a good reason. A lot of businesses, foreign and local alike, seem to think that doing business in the Philippines remains to this day a very difficult undertaking because of the frequent meddling by the courts, with little consideration of public interest. The judiciary seems to be losing the battle against corruption even after the impeachment of former Chief Justice Renato Corona who was linked to various corruption issues, and involved in a number of cases involving local corporations.

Take for example the case of Steel Corporation of the Philippines. SCP, a 100% Filipino-owned corporation, is the only remaining fully-integrated steel plant in the country, churning out high-quality and locally produced steel products and providing employment for thousands of Filipinos, was reported to have been forcibly brought to corporate rehabilitation by Banco De Oro {BDO},  upon the courts order, in the midst of pending unresolved claims {read about SCP’s full claims here} filed at the Court of Appeals and the Supreme Court. The rehabilitation court has, all of sudden, issued an order on 19 September 2012 converting the rehabilitation proceedings into one of liquidation based on the erroneous, dubious and outdated report of the rehab receiver.

This action of the rehab court said to have been presided over by Judge Ruben Galvez of the Batangas Regional Trial Court’s Fourth Judicial Region, Branch 3 has clearly violated SCP’s fundamental right to due process. And because of this, the already-in-pain local steel industry is now technically dead. This has also paved the way for the proliferation of  smuggled, sub-standard and unrated Chinese steel.

It was rather ironic that our country, rich with high-grade iron ores, as well as other minerals needed in steel production, has a dying steel industry. Most local steel plants have shut down and those who have been brave enough to overcome challenges, much like SCP struggled to do to survive, are cannibalized by wolves in 3-piece suit. And what’s sadder is that they have permission from our courts to do just that!

It is an outrage if you ask me. A clear insult to the Filipino nation and those who are in position ought to do something about this. Shouldn’t they be  helping out our fledgling industries instead of rendering them bankrupt or signing them off as candidates for rehabilitation?

I may not know much about these courts proceedings but I know full well that everyone is entitled to due process, it is everyone’s fundamental right. You cannot simply grab something that does not belong to you out of whim just because the powers-that-be consented it. Corporate conscience {for BDO, if this case is proven to be true} is clearly something that is missing in the picture, as well as honesty to uphold the values and foundations that have put up the institution you are serving in the first place {in the part of the rehabilitation officer who was reported to oversee this process}.

SCP would have continued on to serve a greater purpose for more people, instead of having a few people take advantage of its unfortunate situation. I hope the government will mediate to come up with a settlement that will be beneficial to SCP, too. I also hope this will serve as an eye-opener to our government officials and may they do not let other locally-owned corporations end up the same way.