A Better Understanding of the Plastic Bag 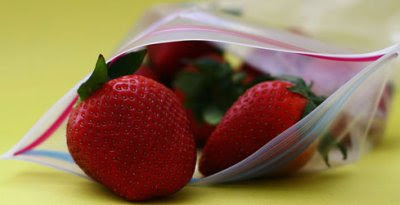 The plastic bag is a thing many people love to hate but they can’t seem to part ways with it mostly because it is so convenient. It is made of thin and flexible plastic textile and is primarily used to help people carry or transport items of all kinds. While there are many different designs available on the market the majority are heat sealed although others may be bonded by way of stitching or adhesives.

Traditional plastic bags are normally made of polyethylene which is derived from petroleum and natural gas and is made by blown film extrusion. In an effort to eliminate or at least reduce waste that is estimated to be over 1 trillion worldwide on an annual basis biodegradable bags were introduced in recent years. These bio-plastics are vegetable-based meaning that they decompose over time unless they are placed in a sealed landfill but they are not recyclable.

Love it or hate it the plastic bag has found many uses among consumers around the world and has been doing so since the 1960s. For one thing its nature produces less waste when compared to other bulkier packaging like glass or plastic bottles or cartons. So it is a great option for packaging liquids, powders, snacks, frozen foods, top soil and other gardening supplies, blood platelets, garbage and much more. It also comes in numerous designs and with features to be more suited to the purpose like with the zipper-lock bags which are mostly used in the kitchen. The “bag-in-box” design is meant to hold liquids within a box such as with boxed wine is another example of its diverse uses. You can check out the wide variety of  plastic bags to choose from to suit your various needs at  https://www.epolybags.co.uk/.

The plastic bag is literally everywhere in our lives simplifying them in so many ways. It can eliminate extra work like with boil-in-bags to seal frozen foods and easily heat them without much effort. It also reduces weight in transporting items rather than using other containers meaning that less energy is wasted which is better for the environment. In an effort to reduce pollution many countries have prohibited the sale of single-use bags forcing the use of the modern biodegradable ones instead.

Getting To Know Champs Chewable Vitamins

Upgrade Your Proactiv Kit Now + Get Your Add-On at 50-60% Discount!