this mum’s thinking out loud 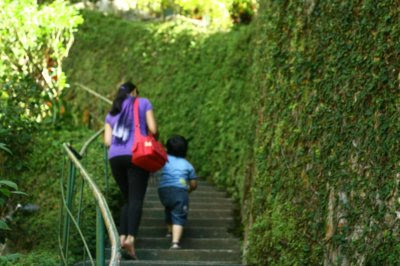 Motherhood is such hard work and an uncooperative toddler makes the job a lot harder, won’t you agree? Now that my little one is exercising his newly-found independence, I find myself shouting, nagging, and obsessing for him to listen to me more. He now has a mind of his own and would like to get his way most of the time which sparked mum’s stress and tantrums. If only I can get him to listen, if only I can get him to say “yes mommy!” more often.

I know that Jared is still much of a baby that is why I am not really onto disciplining him much since I would love for  him to be exactly just himself, a toddler. But I am also thinking that most of his behavior now will stick until he’s all grown-up and now is really the best time to instill those good habits, as well as those good manners. Other times he’d listen, but more often than not, he has another thing coming.

Oh well I read somewhere once that a relationship between a Virgo mum and a Virgo child can be quite tough so I guess we’re only just beginning and I have got to brace myself for more….

image was taken by my sister, Isabel, who is a budding photo enthusiast

musings on pedring + its aftermath