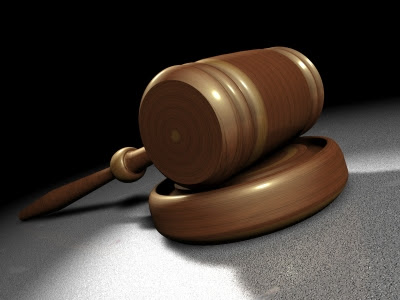 Much has been said about the controversies our Supreme Court is facing nowadays, flip-flopping of cases, changing of verdicts long decided on, the ugly long list goes on and on. I know I have said my piece on a number of occasions and I still continue to hope that things will eventually turn out right where the supreme law of our land is involved. I needed to keep hoping, as the future of our country, and ultimately, my child and your children, depends on it.

Anyway I have recently got a copy of the manifesto expressing about 100 top legal luminaries’, lead by Dean Amado Valdez {Chairman of the Philippine Association of Law Schools and Dean of the UE College of Law}, deep concern about the Supreme Court. I have share this with you in bits and pieces in one of my previous posts, and I would like to share it with you now, in full. Give it a few precious minutes of your time and let me know what you think:

“We have been bothered in the past by high-profile incidents of flip-flopping by the highest court of the land. The Cityhood and PALEA cases are notable examples of this disturbing phenomenon. But nothing has shocked our sensibilities more than the recent case between Pioneer Insurance and Surety Corporation and Keppel Cebu Shipyard, Inc,” the manifesto said.

In the case between Pioneer and Keppel, the manifesto noted that a judgment had been rendered by a division of the Supreme Court in favor of Pioneer Insurance and Surety Corporation which became final and executory upon its entry in the Book of Entries of Judgment.Entry occurs after the rendition of judgment and is a ministerial act that consists of recording the ultimate conclusion reached by the court in the action and providing concrete evidence of the judicially imposed consequences. It serves as a memorial of the action and can be used a reference for similar cases.

“Under the Constitution, a judgment rendered by a Division of the Court is considered a judgment of the entire Supreme Court. Entry of judgment had been made, and the final and executory decision was simply to be implemented as a ministerial duty.” the manifesto said.

But through a mere letter to the then Chief Justice Renato C. Corona, and a prohibited third motion for reconsideration filed without leave of court, Keppel Cebu Shipyard, Inc. succeeded in lifting the entry of judgment and having a dead case resurrected.

The manifesto lamented that on September 18, 2012, the Court en banc surprisingly reviewed the case anew and went on to modify its own final and executory judgment, without adequately explaining why it reopened a case that involved no constitutional issues, no public policy considerations, no questions of life or death, no legal questions of first impression.

“We are alarmed beyond words. The case of Pioneer Insurance and Surety Corporation vs. Keppel Cebu Shipyard, Inc. transcends the private commercial interests of the parties as it involves the abandonment of sacrosanct legal doctrines that are the strength of any legal system. The case has opened the floodgate for zombie cases. From now on, no final judgment will ever remain final. Immutability of judgments will become a fiction of law. The entire judicial system will fall into disrepute,” the manifesto observed.

The lawyers said that what is even more surprising is the fact that while one of the grounds used to impeach Corona was the SC’s habit of flip-flopping on its cases, the experience did not seem to have any effect at all on the present leadership which was hoped to bring judicial reforms and judicial stability.

“We believe that a stable judicial system is the cornerstone of a healthy economic and business environment. Local and foreign investors will be encouraged to invest in a place where they are assured that courts will function normally, will observe the rule of law, and will level the playing field for everyone,” the manifesto said.The lawyers stressed that the only way to ensure the a stable judicial system is to respect “the finality and immutability of judgments, which tells us that, at the risk of occasional errors, litigation must come to an end some time and the winning party must be allowed to enjoy the fruits of his victory.”

“We respectfully appeal to the Supreme Court NOT TO ABANDON the sacred and time honoured principle of immutability of judgments but to continue applying it and thereby restore and preserve the stability of our judicial system.” the manifesto said.

Steel Corporation of the Philippines Placed Under Liquidation Proceedings

Supreme Court’s Flip-Flopping: An Attempt to Hoodwink the Public?