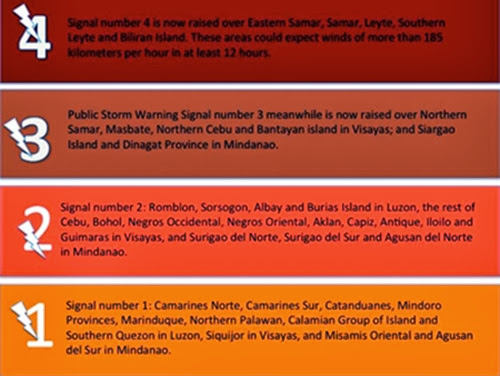 Yolanda is slated to be one of the strongest typhoon to ever hit the Philippine Area of Responsibility and is regarded as the most powerful tropical cyclone ever to develop since 1979. It is scheduled to hit land by morning of today, 08 November, Friday, in Samar and Leyte and typhoon signal Number 4 was raised in the mentioned areas, as well as in Eastern Samar, Southern Leyte and Biliran Islands.

In the evening news telecast last night are stories of locals preparing their houses for the onslaught of the typhoon. The President even addressed the public to heed the government’s warnings, encouraging everyone to be prepared and to not hesitate to evacuate to safer and higher places, if necessary. While glued on the news, I received a text message telling me that the little man has classes tomorrow, it is a good thing that I got a follow-up message just now saying that classes for today has been cancelled.

Many classes have also been cancelled in different parts of the country in preparation for the coming storm. Among them:

Classes Suspended on All Levels

Other areas in Manila and Makati City have yet to announce class suspension in their areas, though.

So far it has not rained a single drop here in our place since last night, that is probably why Bulacan is not included in those areas that declare class suspensions. Hopefully the weather continue to be as calm and peaceful as it is now. Meanwhile, my prayers of safety for those who are experiencing otherwise. Let us continue to hope for the best but be prepared for the worse.

Mum Shares: Rex Education + PPCRV Call For Voters To Discern Well, Vote According To Our Values, + Be Maka-Pilipinas

Supreme Court’s Flip-Flopping: An Attempt to Hoodwink the Public?