Parenting 101: Let The Children Be 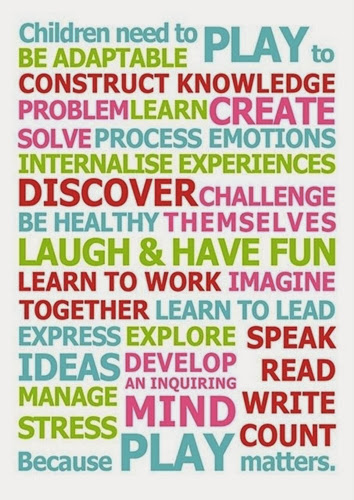 Don’t you sometimes wish you can simply tell your child what to do and what not to do? It is rather frustrating that they oftentimes disobey what we have just told them not to do so they can do the exact opposite. I have had one too many of those episodes. A number of them caused unnecessary stress, frustration and embarrassment. But the thing is, our children, as much as we’d like for them to be everything that we would have wanted and envisioned them to be, are beings with minds and feelings of their own. Even when we have the best of intentions, things will most of the time not work out the way we planned for them to be. The little one might want to eat noodles instead of the nutritious, healthy meal we’ve painstakingly prepared for him, he might want to watch more telly than do the sheet exercises we have scheduled for him that day, he would have totally deviate from what we have planned for the weekend family time. No matter how much we planned even the minutest details in our little ones lives, there is no guarantee that they would follow those.

It might be a bit difficult to wrap our minds around the idea that things may not work out the way we plan, but what is more important is that we allow room for them to grow, explore and test their limits or their newly-found independence. I know, it is easier than done. And if you are an OC-ish mum like me, that does not make the job easier. But we are our children’s guardians for a reason and our primary duty is to protect their interest and nourish them as they blossom into the being that they are made to be.

The image above pretty much sums up everything that our little tots need to learn to be great adults when it is their time, it is challenging in itself without having mum throwing numerous suggestions or bossing them around. It is probably a good idea to rest easy on our children and let them be. They sure will be young for a short while so let’s all do the best we can to make it worthwhile.  And, yes, I am also making it my 2014 goal to say “yes” to my little man more often.