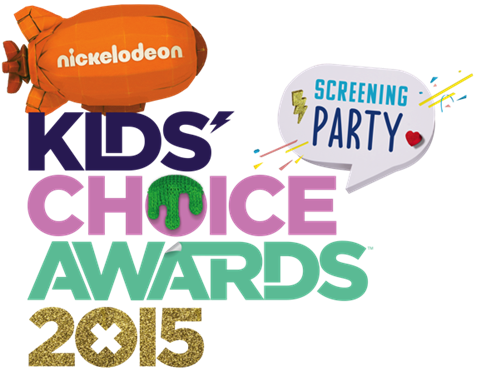 I was invited to the Nickelodeon Kids’ Choice Awards {KCAs} 2015 Screening Party and I readily said yes because I am sure the little man will enjoy it. He loves a number of Nick characters, like Teenage Mutant Ninja Turtles and Ben10, and I am sure he will be thrilled to see them there

The KCAs 2015 Screening Party was held at the Resorts World Manila Cinema in Pasay City. We arrived early and had ample time to check out the booths set-up outside. I also managed to take a snap a photo of the little man with Tobot, another Nick character. 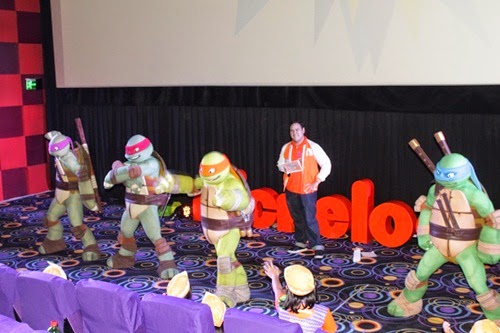 They opened the doors to Cinema 2 and ushered the people in, not too long after. We were also handed swag bags that contained a Gundam Toy, an Origami set, a Nick tee, lanyards, and a set of colored pens.  Popcorn and bottled iced tea were also waiting for each attendees on their seats. We failed to have our photos taken at the photo booth outside so I was delighted to see the mobile photobooth roving around the cinema while we wait for the screening to start. I just wish the little man smiled even just a little in our photo!  :-)) 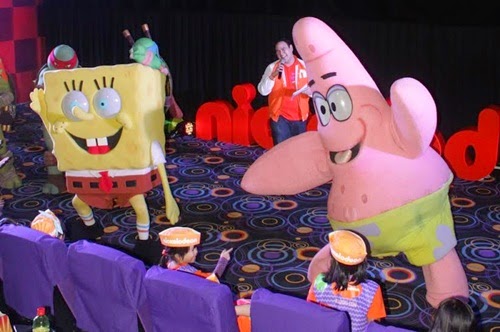 A short program was held before the Kids Choice Awards screening began. There were fun games for children and grown-ups to participate in, as well as exciting raffles and prizes. But what excited the little man the most was when 4 familiar green characters were called to perform ~ the Teenage Mutant Ninja Turtles! The pizza-loving dudes’ performance was followed by a song-and-dance number by Sponge Bob and Patrick Star and the little ones in the crowed cheered even more.

The screening of the annual Kids’ Choice Awards started shortly. This year’s KCAs was hosted by Nick Jonas and was held at the Forum in Inglewood, California and even when we were miles away, it is great to be let in on the fun and have a taste of this slimey-riffic party! Everyone was excited to find out who will take home the iconic orange blimp this time around. Local Teen King, Daniel Padilla, was also nominated and even though he failed to grab one of those orange blimps, he managed to win the Slime-A-Star Award, beating nominees from New Zealand, Brazil, and United Kingdom.

A star-studded occasion, this years KCAs was joined in by popular performers and celebrities, including Jennifer Hudson, Iggy Azalea and 5 Seconds of Summer. I am also glad to find out that some of our favorites won, including Emma Stone for The Amazing Spiderman and Angelina Jolie for Maleficent. I love both actresses’ performance in their respective films and I thought they are most deserving to win.

We may not have managed to stay until the credits because the little guy was already fidgety in his seat and asked for us to go home that we had no choice but give in, but we totally enjoyed our very first Kids’ Choice Awards Screening Party. Thanks for having us and until next year!

To find out who won the blimps this year, do visit the Kids’ Choice Awards 2015, www.kca.nick-asia.com.

How To Get Free Tickets To Robinsons Malls’ Soundbites Food + Music Festival: Throwback!

Coupons For Good: How Mums Can Feel Beautiful + Charitable At The Same Time