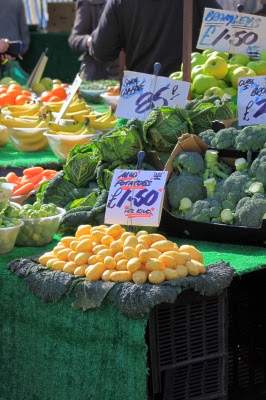 Society has arrived at a place of convenience. We shop where it’s closest, and we eat what is fastest. This also leaves us with pretty unhealthy options. Following is a little more information about natural and processed foods, and basic information on how to pick the best foods for a healthier life.

Just because something is “natural” doesn’t mean it’s healthy. Just to give you some idea, the U.S. Food and Drug Administration doesn’t put strict parameters around labeling food as natural. According to them, a natural food may have no added color, artificial flavors, or synthetic substances. However, does this mean something is healthy? If it has carbonated water and lots of sugar instead of aspartame, does that mean it’s good for you? Let’s put it another way: tobacco is natural. Does that mean it is healthy to chew on or inhale? No. Consider these things when you see a food labeled “all natural ingredients.” Just because it’s not artificial doesn’t mean it is good for you.

One more angle to take in the natural food discussion is regarding processed food. For example, you could get something that does not have artificial flavors or colors, but it has still lost much of its nutritional value through processing. The FDA says that food can be labeled “natural” if it is minimally processed, though there’s no firm definition of that phrase.

The best way to eat natural food besides growing your own food is to stay in the produce section of the grocery store and avoid foods with a label in general. Eating fruits, vegetables, and whole grains along with meats containing the least amount of preservatives possible is the best way to stay healthy. Note that in the produce section, you should look for four- or five-digit PLU codes starting with three, four, or nine so that you can eat conventionally or organically grown food. Five-digit codes starting with eight mean that the food has been genetically modified. This is all just an introduction to eating naturally and avoiding processed food, but the sooner you start, the better you’ll feel!