A Whimsical Halloween Party at the Goldilocks Cake City 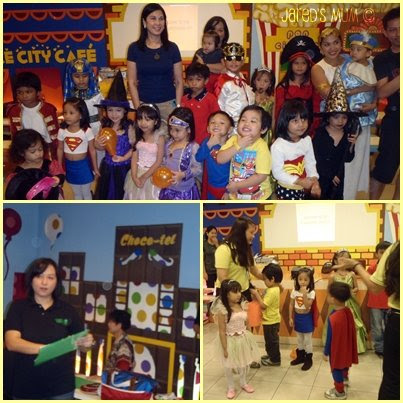 There is a new party venue in town + I bet all the celebrants + their guest will have a grand time celebrating there! Goldilocks, one of the most recognized brands for cakes, pastries, parties + other goodies has recently built their own special place to have the ultimate Goldi-good celebration, the Goldilocks Cake City. 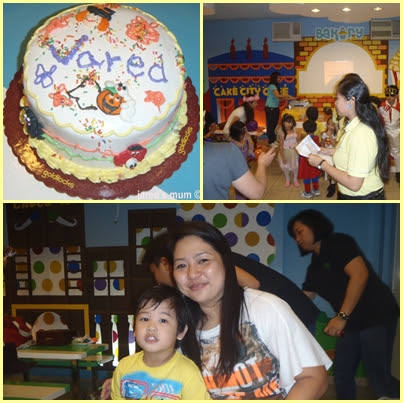 Mum + the little man, along with a dozen other mummy bloggers with their little ones were invited to experience the Goldilocks Cake City, firsthand, through a Whimsical Halloween Party held last Saturday. We arrived at the venue a little after 11am + we are graciously welcomed to the feast + ushered to our seats with a pristine cake for us to decorate. Now, this is something I have not tried before, so there were really butterflies in my stomach just thinking how my cake will turn out. I must say, even if I am not really that creative, I actually enjoyed decorating our cake + putting those little Halloween sugar-figures onto our cake! At this point, the little man was so enamored with the police car + school bus wall drawings that he refused to sit beside me so that he can help me decorate our Halloween cake. Plus, he was also excited to play with costume-clad little ones who came to join the festivities. He was having a grand time partying with Superman, Super Girl + Princess Jasmin, as well as enjoying dancing to the music that was spewing from the sound system! 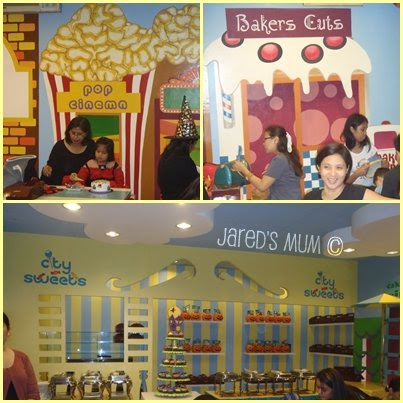 A little while later, the party commenced + the children where called to line up so the grown-ups can have their photos taken! Too bad the little man did not came in a costume, he would’ve looked good in a superhero costume. After the picture-taking, the games begun! The little ones enjoyed the different fun games they participated in. They made word puzzles + brought an assortment of items for the Bring-Me-More contest. Everyone had a great time participating in the games, as well as enjoying their prizes! Even Jared who did not really participated + won in any of the games was having such a terrific time just seeing all the kids.

The feast was served not long after + the buffet table was filled with usual party staples like spaghetti, barbecue, and the little man’s favorite, fried chicken. Rice and caldereta were also served, as well as cupcakes to serve as sweet endings to our meals, but I had to pass since I was rather full when I finished the food I got for me + Jared. I had to finish it on my own as the little man refused to slow down + take his seat so he can eat. Instead, he was all over the place, running here + there + asking me to have his photos taken beside the bus + police car! I guess you can really say that he loved cars so much. 😉 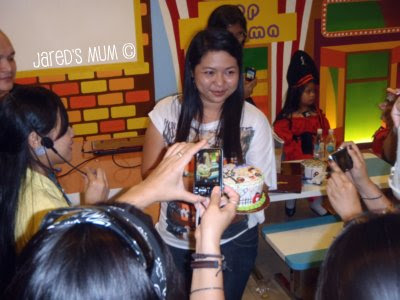 Later on special prizes were given to Mommy Peach of The Peach Kitchen for winning the Best Decorate-Your-Cake design. Mommy Louise + her brood were also given special prize for coming to the party with the most whimsical costumes. 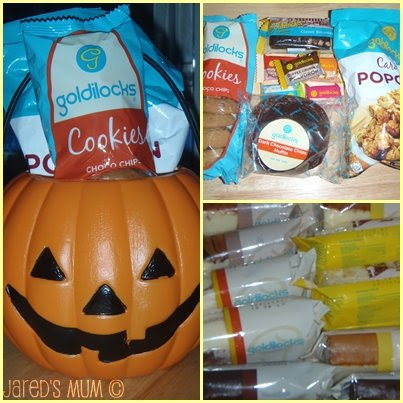 + even though some of us were not as lucky, we did not leave empty-handed, as Goldilocks prepared Bitbit boxes, filled with delicious cake slices, for us to take home, as well as Goldilocks Halloween treat for the little one.We even get to bring home the cake we designed earlier.

One can easily surmise that Goldilocks has really went on to be a one-stop celebration specialist + throwing a fun + fab party both the celebrants + guests will enjoy is really well up their alley. With Goldilocks Cake City, + its fanciful decorations + installations, not to mention ready access to delightful Goldilocks treats + a space enough to easily seat a party of 50, throwing parties is now as easy-as-pie! In fact, all you have to do is choose from a number of menu packages, a party theme, add on a few party amenities + a couple of party add-ons + you’re  all set!