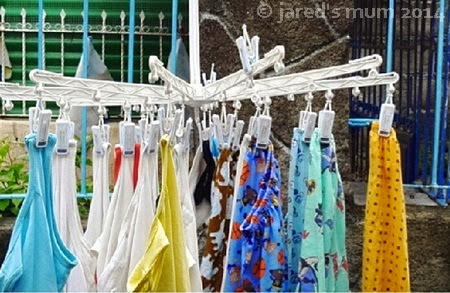 Most stay-at-home and working mums will agree that doing the laundry is one of the most daunting tasks we have to face on a regular basis. It is something to be tackled promptly and, unlike some other chores which you can re-schedule for later when you have enough energy to do them, it should be done on schedule lest your kiddos will run out of pajamas to wear or in our case, cloth-diapers-used-as-bibs, which the little man cannot live without.

Aside from being very time-consuming, doing the laundry can also drain a mum’s energy, as well as give her enough aches and pains here and there, that after finishing the chore she will no longer have enough energy to run after her little tot or play with him. That is why having a reliable washing machine at home is a must for every mum’s household.

For those who are hunting for one mean washing machine, read more about the new Sharp Double Washer in this write up and find out how you can enjoy the simple pleasures of life by worrying less and spending less time doing your weekend laundry: END_OF_DOCUMENT_TOKEN_TO_BE_REPLACED 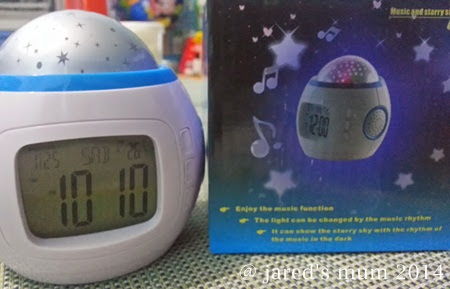 I have been meaning to get an alarm clock especially now that we’ll be needing it frequently for when the little man goes to school and for his other activities. Good thing T-mart approached me and sent this Stars Music 3rd Generation Alarm Clock Projector from the T-mart Clocks product line in exchange for my honest review. I got it earlier this year and immediately set it up in our bedroom.

The Product in a nutshell 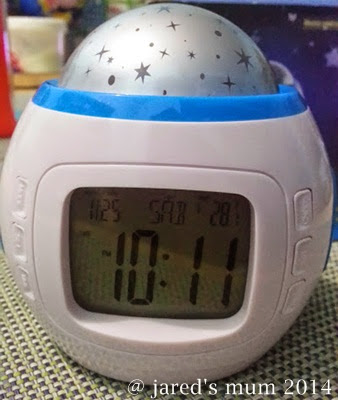 The alarm clock projector is very compact and is made from good quality plastic. It also has a very simply yet appealing design that would easily go well with any home or room design and interior. I also love that it has a touch of the color blue, which makes it a perfect match for our blue bedroom. The alarm clock projector needed 3 pieces of AAA batteries to operate. 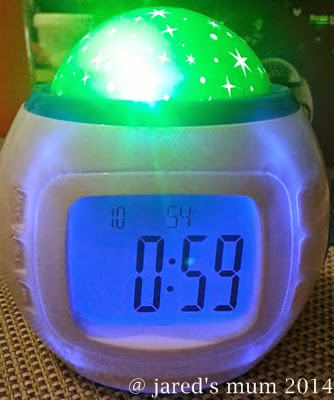 Why We Love The Product END_OF_DOCUMENT_TOKEN_TO_BE_REPLACED 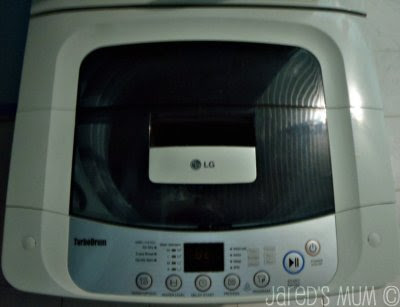 Nope, I did not hire a house help recently, I couldn’t even afford one being a stay-at-home mum and all! I am actually referring to my ever-reliable automatic washing machine, which has been nothing but a sweetheart since day one. Choosing from  different washing machine brands and models from a local appliance center and opting for Fuzzy is actually one of the best decisions we made last year! I’ve been using it for more than half-a-year already and I’ve got no complaints. And yes, you just read that right, my washer has a name!

Since Fuzzy came, doing the laundry has been nothing but easy-breezy. No more endless hours of hand-washing and back-breaking tedious manual labor. Now I can do my laundry in 3 easy steps: load up my laundry, put the desired amount of powder detergent and sit back! My fresh, clean and good-smelling laundry comes out ready to be air-dried after 40 minutes or depending on how long I prompted Fuzzy to wash them. Even when I still have to check on the water supply on occasions, since Fuzzy is inconveniently located in one corner of my diminutive kitchen, which makes the process semi-automatic, I have no complaints. Turning the faucet on and off is definitely quite a cheerful job if I think of the mountain of clothes that I do not have to manually wash anymore!

Doing the laundry with just a press of a button is really one of the best gifts I have received. Now I have more time for more important things like sitting beside my little man as he watched his favorite cartoons or heading out to spend more time outdoors. If you are still trapped in the manual-laundry prison or still require another hand to do it for you, therefore shelling out money every time you need laundry to be done, I suggest you check out this wide selection of washing machines and get one for yourself. You and your family will thank you for it. Besides, for homemakers like  us, a washing machine is really one good investment! 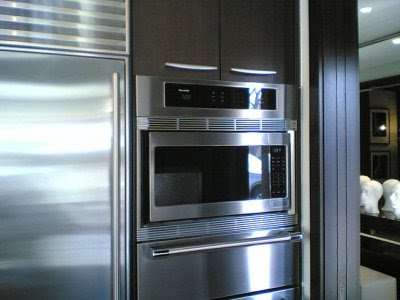 A few decades ago, many people believed that by 2012, everyone would own flying cars, meals would come in pill form and everyone would be wearing some form of spacesuit. While none of this has materialised, technology has still come a long way in a short space of time, especially if the modern kitchen which features a Dishwasher from appliances direct is anything to go by. Today, you can buy washing machines that can clean a half load in around 30 minutes, which was unthinkable several years ago, but what does the future hold for kitchen technology?

Future smart appliances are likely to come with some form of internet access. This might sound odd, but the internet could be used to help make using those appliances easier, which is what everyone wants from them: ease of use. Whether it’s to make things go quicker or allow you to multitask while doing household chores, internet access could be the thing to help revolutionise the way in which the modern kitchen works.
One manufacturer who is trying to combine kitchen appliances with internet connectivity is LG, who have developed a so-called ‘smart fridge’. It comes with a touch screen that suggests recipes when you scan food items across it, lets you check several websites, shows you when you’re low on food and even lets you make video calls if you want to talk to a friend or relative while you’re doing the cooking. Aside from all that, this smart fridge is one of the most extremely energy efficient appliances currently being made, and other fridge freezers could follow suit.

Aside from fridge freezers like the ones found at appliancesdirect.co.uk, it’s possible that you could be using the internet to make it easier than ever to work with smart appliances. It might surprise you, but LG are also working on developing smart ovens, microwaves and even smart washing machines. While the oven and microwave in their range of new smart appliances will use the internet to find recipes, their smart washing machine will let users select a specific wash cycle setting for different materials and stains, while it will also suggest when the best time of day is to clean your clothes, which could save you money if this setting is used regularly.

No kitchen is complete without appliances like fridge freezers, washing machines and tumble dryers from appliances direct UK. Not having appliances like that will make doing household tasks a long-winded nightmare, especially if you’re home from work later than expected and find that time’s not on your side. Fortunately, kitchen appliances, particularly ones which will be made available for sale in the not too distant future, will make everything run smoothly and allow you to get on with your life.

images is not mine