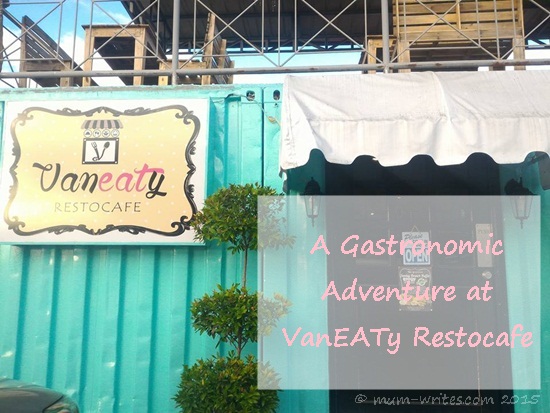 Am I the only one having trouble shaking off the holiday mood? If I could, I’d prefer to have the holiday schedule all-year round so I can squeeze in as much zzzzz in the morning and tackle all my chores {yes, including doing the laundry and scrubbing the bathroom floors} late at night, I guess I am weird like that! It is something that absolutely works for me and I am really having trouble sticking to the daily early-morning routine. Yup, nocturnal woes. But I do try my best so the little man can come to school on time! 🙂

Anyways, it is not only the holiday schedule I am having trouble getting rid of. I am also having a hard time trying not to talk about my VanEATy Restocafe experience and is wondering when I will have the excuse to go back and soon! My visit a few weeks back was one awesome experience and I would really love to do it again! Do read on to know what transpired that day and for details about this new lovely foodie haven in the city.

It is not everyday that this mum gets to take a day’s off and be with like-minded people and have one gastronomic adventure  in one of the yummiest places in my city! Yes, I was as surprised when I found out that such a place exists and it is just a tricycle-ride away from our place. I wonder where I’ve been hiding these past few months that I was not able to get wind of this budding beautiful place in my community. 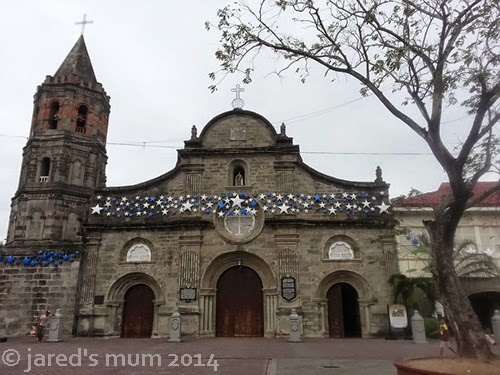 It was the first time I was invited to attend a blogging event locally {read: in my hometown} and to say that I was excited is probably an understatement. More than the prospect of having a stress-free and convenient travel to the venue where the event was to be held, I was more excited about the opportunities of sharing more about my city in the blog.

It was the Office of the Mayor who invited the press for a little trip to our city. The event commenced with a trip to some of the landmarks and heritage houses found in Malolos. Mind you, I have lived here almost my entire life but this was the first time I have been to this part of our city and saw a number of these heritage houses.

A Tour of Malolos 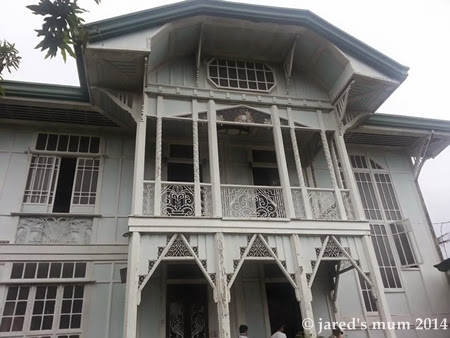 I rendezvoused with the rest of the group at the Barasoain Church, where the media began their tour and exploration of our city. It is always a treat to visit here as the Church was once part of my day-to-day routine while I was attending College at the neighboring University of Regina Carmeli {which is now known as La Consolacion University of the Philippines or LCUP}. The little one was also baptized here and I am looking forward to sharing more significant milestones in my life with this Church. I will never grow tired of taking its photographs, too, in fact I sneaked in a few shots before heading for the bus and carrying off with the rest of our tour.

On our way, we also passed by a number of noteworthy buildings in the city center, including the house of Don Jose Cojuangco {kin to the President and his clan}, Casa Real, the Municipal Building, and the Malolos Cathedral, among others.

Among the highlights of our tour was the visit to the old heritage houses found in the Kameztisuhan District, which I have not set foot before. If you are familiar with our city, you will find this district just a few blocks away from the Meralco office, which, by the way, used to be an old house, itself. The old structures we visited include the Bautista House which was considered as one of the beautiful houses in the Philippines in terms of architecture,  the Santos Uitangcoy House which is now the home of the Women of Malolos Museum, and the House of Dr. Luis Santos situated beside the Sto. Nino Branch of Holy Infant School.

The Presscon at Bahay Na Tisa 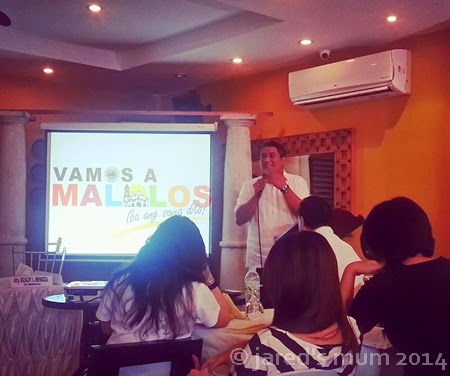 “Vamos A Malolos!” which translates to “Let’s go to Malolos!” in English, is a project by the local city government that proclaims the city’s glorious past, its rich cultural legacies, as well as its future thrusts for development. It also aims to project Malolos as a major historic-cultural tourism destination north of Manila. The Spanish phrase is to connote that Malolos is a historical that established its crowning glory during the Filipino-Spanish war at the time when the first democracy in the continents of Asia and Africa was founded at the Barasoain Church in Malolos.

Trick Or Treat In Malolos City

If you happen to live in our quiet city, there are a number of Halloween parties you can tag your little one for Trick or Treat activities. I was out and about with my little man last week and we found these 2 events which you might want to check out: 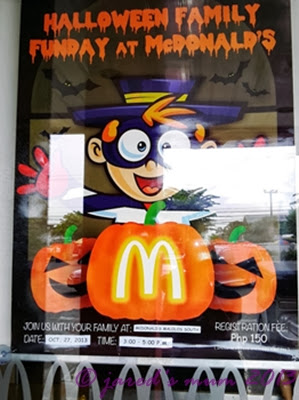 Halloween Fun Day is happening at McDonald’s ~ South Supermarket Branch on 27 October, 2013 between 3-5PM. Registration is at Php150 for each child {which comes with a Happy Meal and a free toy}. Arts and crafts activities, apart from exciting prizes are available for little guests to enjoy! 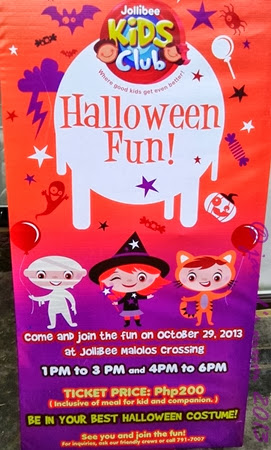 Halloween Fun celebration in Jollibee will be held in Crossing and Bayan on 29 October, 2013 at 1-3PM and 4-6PM, so mum and kiddos can easily opt for the one nearest to their location. Tickets are sold at Php200, which include a meal for both kid and companion.

We have tried the Halloween celebration in Jollibee when the little man is only 2, but we did not really enjoy it as it was held in a very huge venue with loads of kids and parents in attendance. Jared was not able to see the mascots singing and dancing from our seats at the back. This time around, though, the Jollibee Halloween Fun event will be held in the local Jollibee branches {in Malolos Town Proper and in Malolos ~ Crossing}, which will be more conducive for little children to enjoy the party to the fullest. They can even give the play area {only in Crossing branch} a go after the party.

We will be  joining the Trick or Treat party at the little man’s playschool, as well as the annual Halloween party in my sister’s office, so I guess we will pass on these events this year.  🙂

Where are you going for Trick or Treat this Halloween?