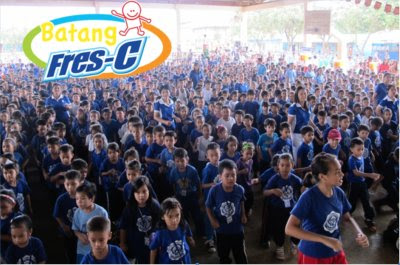 Once again, Fres-C ®, the powdered juice brand of Ajinomoto Philippines Corporation (APC), teamed up with the Department of Education (DepEd) in staging the 2nd Batang Fres-C®  Hataw School Caravan.

This campaign was launched last year to promote proper diet and physical activities and help reduce the growing number of Filipino school children suffering from malnutrition. Statistics from the DepEd Health and Nutrition Section show that among the 12.9 million elementary pupils weighed in school year 2010 – 2011, more than 2 million of them, or about 16% are undernourished; while more than 356,000 of them, or nearly 3%, are over-nourished.

“We want to bring together faculty members and parents to support students in their battle against the double burden of malnutrition.” said Usec. Ethelyn P. Nieto MD MPH CESO III, Technical Working Group Chairman of the Batang Fres-C® Campaign. In the first run of the Batang Fres-C® campaign, it has successfully engaged 36 public schools reaching 62,000 pupils and 8,000 mothers across the country. More public schools will gain access to this worthwhile activity this year. The School Caravan includes interactive lectures and fun activities, designed to raise awareness in addressing nutrition issues of students. The highlight of the event is the pupils’ performance of the “Batang Fres-C® Hataw Exercise”. This is a mix of cardiovascular exercises and calisthenics developed by the team of Professor Hercules Callanta of the UP College of Human Kinetics, which can be regularly performed in school grounds.

Batang Fres-C® Cheer Dance competition and Drink Up & Ride Project will also be launched in previously tapped public schools to sustain the interests of school kids in staying fit and healthy. Mr. Altair Penetrante, APC’s Category Manager for Sweeteners, explains, “We want to help teach our school children that maintaining a healthy lifestyle is an enjoyable and fulfilling endeavor. Just like Fres-C®, kids can enjoy a refreshing and delicious juice with the taste of natural fruit juice low in calories and packed with Vitamin C.”

If a company is pushing for all its employees to be active and healthy, then I am all for it. Apart from providing their people a means to have a comfortable living, it is also an employees responsibility that their people are healthy and happy in the workplace. That is why I doff my hats to Uratex for coming up with this cool, exciting and healthy “fitness party.” Read on for more: 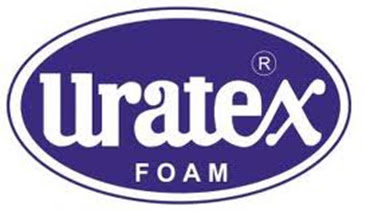 While most employees would request for either buffet meals, beach outing or nature trailing as their reward after months of hard work, the workers of the Southeast Asia’s leading manufacturer of commercial and automotive polyuretahane foam products, the RGC Foam Group, chose to work harder and burn more in a “fitness-party” via the world’s most popular dance-fitness program—Zumba!

And dance to fitness they did during the “Uratex Night Fever,” where around 500 employees gathered and donned their most comfortable and colorful aerobic and Zumba attires on the basketball court of company-owned Ronac Art Center in Greenhills North, San Juan City.

“This is the second time our staff gathered for lung-busting yet fun Zumba exercises as part of the company’s fitness program for its employees,” shares Peachy Cheng-Medina, Managing Director of Uratex Philippines, Inc.

Through company-provided vehicles, RGC’s personnel from its outlets in Muntinlupa, Quezon City, Marikina, Valenzuela, Cavite and Rizal, the employees headed off to the Ronac Art Center and participated in the exhilarating, fun and lively exercise event.

The night saw the popular Colombian dance craze powered and heated up through loud pop and Latin-inspired music that perfectly complemented the energetic and graceful moves of licensed Zumba Fitness Instructors courtesy of the Brewing Point Dance Studio. These dance and fitness gurus alternated on stage by groups to engage people in furious yet grooving and danceable beats.

“We are delighted to see that this year’s numbers of attendees have increased to more than a 100,” says Kristie Enriquez, Licensed Zumba Fitness Instructor of Brewing Point Dance Studio. “It is inspiring to see people with common interests came together in a party environment doing creative and joyful movements because Zumba is really an exercise in disguise.”

Natividad Cheng, Chief Executive Officer of the RGC Foam Group, also graced the occasion and witnessed how camaraderie and unity was formed among their employees through combined choreographic moves that involved a mix of meringue, salsa, Cumbia, Reggaeton, Belly dancing and hip-hop.

Pinky Cheng-Rosagas, Finance Director of the RGC Foam Group, on the other hand, also sashayed and moved to her heart’s delight together with inspired employees. Most of these employees even brought their children and other family members to the venue to watch them “move and groove” to the pulsating beat of the music and at the same time keep healthy and strong.

The high spirits and smiles of people during the workout helped them in releasing “endorphins”—the so-called “happy cells” that improve overall mood and energy levels of individuals. And after the calorie-burning dance numbers, two groups competed via a “dance-off” to show their best Zumba moves using the techniques they learned, where the winning team pocketed P3,000.

It was indeed a welcome sight, with company executives gleefully moving and dancing alongside their employees to celebrate fitness and health together. “This shows that the RGC Foam Group and Uratex Philippines management doesn’t only roll up their sleeves in hard work but can also lay their hair down and have some rip-roaring fun through exercise with its valuable assets—its people,” Cheng-Medina says.