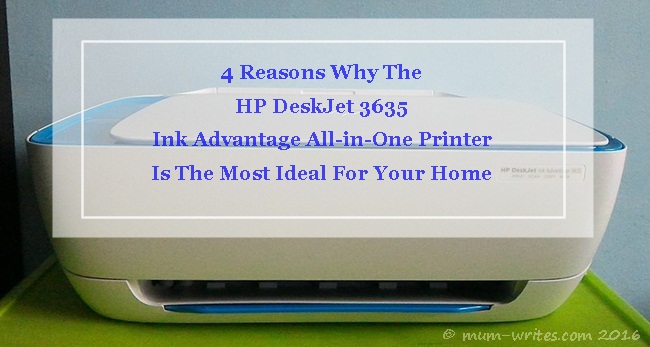 I have always believed that a printer is not much of a necessity at home. I can always have documents and files printed at the computer shop here in our neighborhood and go online to have precious photos printed, anyway.  I thought the amount I have to shell out to get my own printer will not be well worth it if I cannot maximize its use and only print stuff occasionally. Well, that has changed when the little man started going to school.

Can you believe the number of images preschoolers need for their homework? Most times, the images they require cannot even be found on magazines or old workbooks that there is no other choice but to search from the net and print them. You also get more good-quality images that way and saves busy mums a considerable amount of time. This is where your very own printer at home will come handy and I am rather relieved that we managed to get our very own unit just in the nick of time. Indeed, a good and reliable printer will prove to be a very worthy investment for mums with school-aged kids. 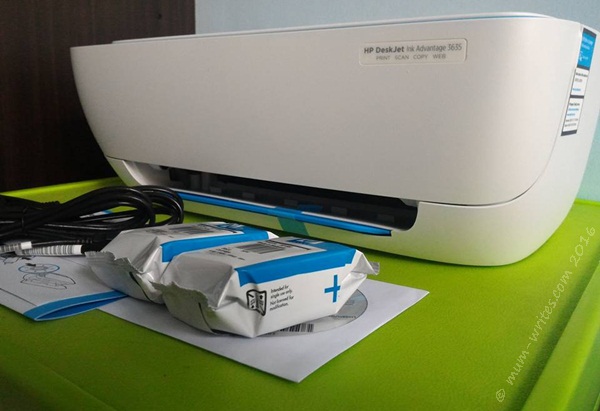 About a week ago, I was sent an HP DeskJet 3635 Ink Advantage All-in-One Printer for review. Our printer is also an All-In-One HP Printer, so I am excited to give this one a go and see if it also has the same top notch quality as our trusty printer.

I first read about One Word last year when I chanced upon it on a fellow mum blogger’s site. It was too late then to choose for my 2015 word, but if I had chosen one, it would no doubt be grateful as I have practiced to be more grateful and was mindful to be thankful for each and every blessing that I received last year.

It took awhile for me to choose my One Word for this year as I have been having difficulty choosing between a couple of my options, including connect, create, and blessed. In the end, something led me to one word that I hope would best describe 2016 for me ~ flourish. It was rather apt as I intend to flourish in different aspects of my life. I would like to flourish as a mum, as a wife and a life partner, a homemaker, as a sister, as a blogger, and as a budding gardening enthusiast {and I hope for my plants to flourish as well} I would also love to flourish in my relationships with significant people in my life, as well as flourish in my creative pursuits for this year.

According to Google, flourish means a number of things, including:

So, yes, I am claiming this to be my One Word for 2016 with a prayer that my life, as well as the lives of the people I touch as I journey on, flourish as much as mine.

What is your One Word for this year and what are your reasons for choosing it?

Love and Relationship, tips and tricks 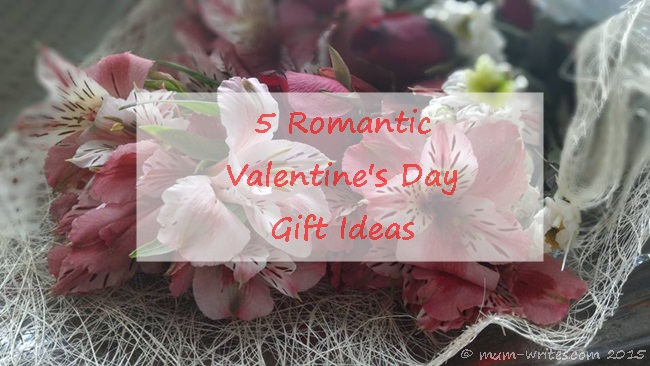 Isn’t 2016 zooming by ever too quickly? It seems only yesterday when I stashed away the Christmas tree and all its accoutrements and a few weeks from now we are celebrating the sweetest and romantic season of all.

Valentine’s Day is indeed almost right around the corner and if you have not decided on what sort of gifts to give your beloved, here are a couple of expressive Valentine’s Day gift ideas that I am sure any recipient would love and appreciate.

Of course, expressing our love for the ones we love needs no special reason or occasion. Any day is as good as any to treat him extra special or cook him his favorite meal. Any day is also perfect for that special back rub or foot massage. After all, taking care of our loved ones is but one of the most perfect ways to show them how much we love and appreciate them.

What do you plan to surprise your husband with this Valentine’s mums? Share your sweetest ideas in a comment below.  :heart: