How We Spent Our Extended Weekend 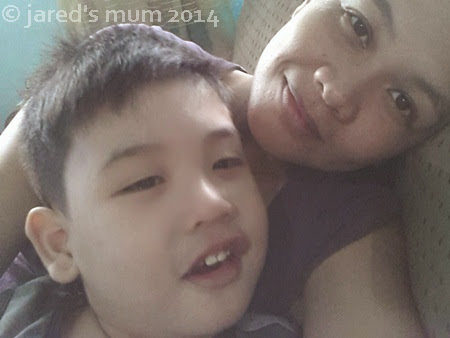 Prior to the warnings about Typhoon Ruby, we are slated to have a long weekend because of the celebration of the feast of the Immaculate Concepcion. An extended weekend is a very welcome change for me as it meant I can sleep in longer and relax for a bit. Due to the inclement weather, we stayed cooped up at home for the most part of our extended weekend, except probably when we managed a short run on Saturday night before it drizzled.

I was too lazy to do anything at home because of the cold weather so I gave up on catching up on my cleaning and just focused on the regular chores that need to be done daily. If I would have my way, I would’ve preferred to have snuggled with a couple of my books and catch up on my very overdue reading but it was good that I managed to get enough rest and I am all good with that. I am also thankful that I managed to get a couple of backlogs done during our vacation. That leaves me with just a handful of tasks to finish and a couple of blog backlogs to tick off my list.

The little man occupied himself with his Lego toys, then his Happy Meal toys when he was finished with the first batch, then moved on to other toys in his stash afterwards. He also watched a number of his favorite Disney films. We also caught a lot of his favorite cartoon shows on the telly and enjoyed goofing around to pass the time. We even managed to snap some photos! ^_^

A good part of our 4-day weekend was spent glued on the telly to monitor the typhoon. It was a relief to know that Typhoon Ruby left the country with only a few damage and even fewer casualties. I guess it worked that everyone prayed for everybody’s safety that what was originally forcasted as a super typhoon lost its intensity as it fell to the Philippine ground several times.

I wonder how you spent your very extended weekend? Well, it is now back to regular programming so expect a number of updates here and on the other blogs, as well. I will also tell you about our MBP Winter Wonderland Christmas Party in another post. Here’s to a lovely Wednesday mums! 🙂